Dowry is an embodiment of the sincerity of a prospective husband to his future wife. The concept of dowry has existed long before the advent of Islam. However, the dowry in pre-Islamic times was the price (ṡsafe) of the woman to be married. The quality and dignity of a woman can be seen from the amount of dowry given to her. In this modern era, viral on one of the social media is a woman who wants to be married to a man where the dowry requested is the release of debt by the prospective husband against the woman's debt to someone else. On the other hand, there is a historical fact that the Messenger of Allah once carried out the release of slaves, the release of which was then used as a dowry for his marriage. Therefore, if debt liberation is used as a dowry in marriage, if it is analyzed using the Qiyas theory, the legal conclusion is permissible. This is based on two basic reasons, first, the Qiyas that are applied are following the applicable provisions, namely the fulfillment of the pillars and conditions of Qiyas. Second, the determination of Masalik al-'Illat (ways to know 'illat) is also following the rules.

This work is licensed under a Creative Commons Attribution-ShareAlike 4.0 International License. 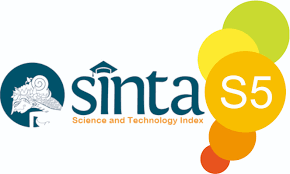